Pathologists – The Silent Heroes behind the Microscope

"... pathologists are the guys from CSI right..." every pathologist has probably heard this sentence at least a dozen times. Only few people know: the pathologist dedicates 95% of his time curing his patients rather than examining them post mortem. He is the decisive connection between diagnosis and therapy.

Pathology is a subfield of medicine. In common medical practice, general pathology is mostly concerned with analyzing known clinical abnormalities that are markers or precursors for both infectious and non-infectious disease - mostly through analysis of tissue, cell, and body fluid samples under a microscope. The modern practice of pathology is continuously progressing with the usage of biochemical and molecular biological methods. During their work pathologists barely have direct contact with the patient himself. However, pathologists assist and advise clinical doctors in cancer treatment.

For a pathologist to begin with his analysis, a so-called biopsy is needed beforehand. In this case, an organ or a small piece of tissue or a cell sample is surgically removed by a doctor and processed by a medical-technical assistant afterwards. The pathologist then examines the type, size, extent, and malignancy of a tumor under the microscope and checks whether it was removed during surgery. In addition, they are significantly involved in the diagnostics of various medical disciplines. Pathologists and their assistants can be found in private practices, pathological laboratories in hospitals and pathological institutes at a university.

Autopsies on the other hand are only a fraction of a pathologist's duties. An autopsy by the pathologist is performed when a patient has died of natural causes (e.g., after a heart attack) and his relatives agree with the autopsy. At the same time this so-called clinical autopsy serves the clarification of the cause of death and pre-existing diseases. It gives the attending physician feedback on the correctness of his diagnosis and treatment. In legal medicine, however, the forensic pathologist, also called coroner, deals among other things with the clarification of unnatural causes of death, e.g. murder.

Founding fathers and pioneers in patholgoy

If you research the beginnings of pathology, you will quickly become aware of Rudolf Virchow in the German-speaking area.

Virchow was born in Schievelbein in eastern Pomerania, Prussia (now Świdwin in Poland). He was the only child of Carl Christian Siegfried Virchow (1785-1865) and Johanna Maria née Hesse (1785-1857). His father was a farmer and the city treasurer. Although he failed to contain the 1847-1848 typhus epidemic in Upper Silesia, his report laid the foundation for public health in Germany, as well as his political and social activities. From it, he coined a well known aphorism: "Medicine is a social science, and politics is nothing else but medicine on a large scale". [1]

A prolific writer, he produced scientific writings alone exceeding 2,000 in number. Among his books, Cellular Pathology published in 1858 is regarded as the root of modern pathology. This work also popularized the third dictum in cell theory: Omnis cellula e cellula ("All cells come from cells").

Virchow is credited with several very important discoveries. His most widely known scientific contribution is his cell theory, which built on the work of Theodor Schwann. He was one of the first to accept the work of Robert Remak, who showed the origins of cells was the division of pre-existing cells. He did not initially accept the evidence for cell division, believing that it occurs only in certain types of cells. When it dawned on him that Remak might be right, in 1855, he published Remak's work as his own, causing a falling-out between the two. This work, Virchow encapsulated in the epigram Omnis cellula e cellula ("all cells (come) from cells"), which he published in 1855. (The epigram was actually coined by François-Vincent Raspail, but popularized by Virchow.) It is a rejection of the concept of spontaneous generation, which held that organisms could arise from nonliving matter. For example, maggots were believed to appear spontaneously in decaying meat; Francesco Redi carried out experiments which disproved this notion and coined the maxim Omne vivum ex ovo ("Every living thing comes from a living thing" - literally "from an egg"); Virchow (and his predecessors) extended this to state that the only source for a living cell was another living cell.

In its present form, the pathology, as a word already popularized by Jean Fernel, goes back to the Italian explorer Giovanni Battista Morgagni (1682-1771), who published his five-volume work De sedibus et causis morborum ("The Seat and Causes of Diseases ") laid the foundation for scientific research in 1761 and is considered to be the founder of pathological anatomy.

Already in ancient times, corpse openings were performed in Egypt and Greece, but more for anatomical education purposes. It was only at the end of the 18th century, when the understanding of the significance of post mortem autopsy increased, that the first technical representatives, who were responsible for corpse openings, were appointed. The first so-called Prosector (Latin prosecare: to cut up) began in 1796 at the Vienna General Hospital his work. The first Department of Pathology was established in Strasbourg in 1819 (Jean-Frédéric Lobstein, 1777-1835). Pathology was introduced in Vienna in 1844 as an examination subject.[2]

Without pathology there is no cure

With ever new and complex methods, pathologists are able to examine changes in DNA and RNA of cells upon the study and diagnosis of disease through the examination of molecules within organs, tissues or bodily fluids. "Insight on the molecular level allows us to further diagnose pathogens and to identify and classify tumors," explains Prof. Haller. "It is even possible to adapt therapies specifically to the characteristics of a pathogen and thus increase the chances of success of the treatment," said Prof. Haller in an article on the website of the Pathology Institute at the University Hospital Erlangen[3]

But also the Internet with its numerous portals and platforms for doctors and science has become an indispensable medium in the exchange of views between physicians. The Northern Irish camera manufacturer Cirdan Ltd, for instance, developed a high resolution camera that enables glare-free imaging, even of wet specimen.[4] The gross images are then uploaded in a secure cloud. Individual cases can be shared for teaching, research or second opinion purposes. Thanks to the high resolution photographs, pathologists no longer have to write lengthy text descriptions or create drawings by hand - one of may steps towards digital pathology!

The hashtag #pathologyday has been used by the Royal College of Pathologists since 2014 to link pathologists from around the world and to annually honor and celebrate the life-saving work of pathologists worldwide. At the International Pathology Day (IDP) Round Table on 15 November 2017, pathologists from all over the world met and discussed the role of pathology and laboratory medicine in the fight against cancer. The meeting was chaired and organized by the British The Pathologist Magazine and the president of the Royal College of Pathologists, Dr. Suzy Lishman. In addition, anyone who was unable to attend in person could follow the dialogue of world-renowned pathologists through a live stream. 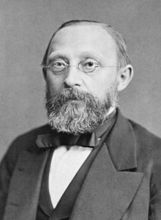 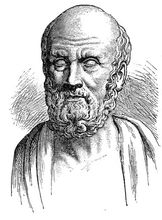